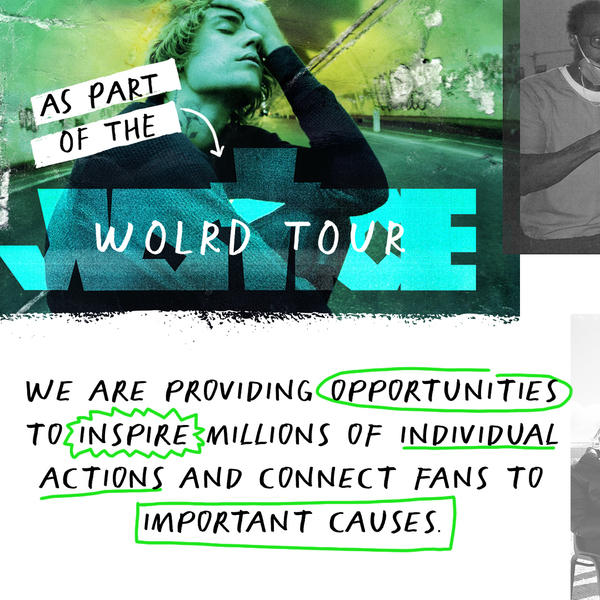 Justin Bieber's highly-anticipated Justice World Tour – launching February 18th in San Diego, CA and spanning more than 90 dates in more than 20 countries on five continents – will bring Justin's personal credo of "Justice In Action" to every corner of the globe.

Justin has teamed up with Propeller to reward his fans for taking action. Every night on the Justice World Tour, Propeller will enable fans to enter to win a VIP ticket upgrade to watch the show from one of the best spots in the house. Additionally, fans everywhere will be able to enter to win a trip to meet Justin in Paris at his Accor Arena show in 2023.

Creating a more just world starts with action, and Justin will be using his massive platform to raise awareness and inspire his fans to sign petitions, follow justice organizations and leaders on social media, register to vote, volunteer their time, donate, and more in support of efforts to raise money for the Generosity Foundation, help transform the criminal justice system with REFORM Alliance, and fight climate change with NRDC. The more actions a fan completes, the more they increase their chances of winning.

Each night of tour there will be a local action curated by LIVE FREE to truly move the needle on criminal justice reform at the local level. Fans will also be able to earn free concert tickets by participating in live trainings in select cities, focused on responding to social injustice and ending injustice in their communities.

Justin's goal by the end of the Justice World Tour is to inspire millions of individual actions, help connect his fans to important causes and provide participating groups with a new foundation of supporters and power, and register new voters, all while raising awareness and money along the way for critical local and national justice efforts.

The Justice World Tour is presented by T-Mobile and promoted by AEG. "Justice In Action" is a partnership between Justin Bieber, Propeller, Scooter Braun Projects, and over twenty partnering organizations, listed here: