Can you contribute to propel climate action to more people? 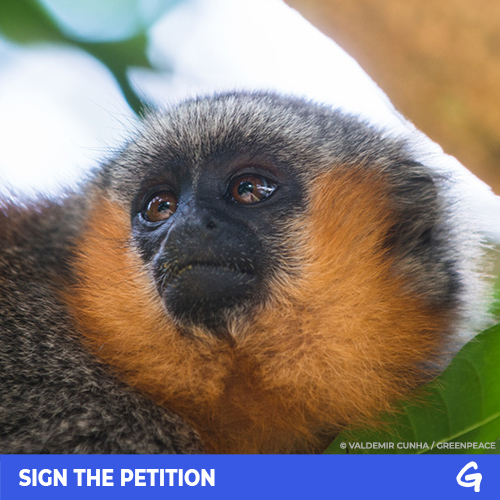 The food system is fundamentally broken. Industrial agriculture contributes to 80% of deforestation across the globe, posing a threat to communities and the planet. Greedy companies are literally setting tropical forests on fire to clear land and expand their cattle grazing and feed, fueling the climate crisis. And, animal agriculture is already responsible for 14% of global emissions — as much as the entire transport sector.

The Amazon is being ripped apart for huge cattle pastures and feed for livestock. Meanwhile, Indonesia's forests are being cleared, set on fire and bulldozed to make way for palm oil plantations. More and more fragile ecosystems like savannahs and peatlands are also being destroyed to make way for industrial food production. We are running out of time. To win this fight against the climate and biodiversity crisis, we need to drastically reduce meat consumption and production, end deforestation, protect and restore the world's forests. Together we need to put an end to runaway land-use expansion for corporate farms and food companies.

It's time to address the broken food system now more than ever and turn it into something that regenerates our vital forests, communities, and planet. Sign on to tell your Members of Congress to protect people, food and nature – not corporations.

We demand that you address the broken food system and protect people and nature not corporations.

We need a food system that prioritizes healthier low-meat diets, local and sustainable food sources, and protects all food workers and farmers.

Sign Petition
You will earn 25 points
Both Propeller and the partner organization may contact you by email or phone with updates and other offers of engagement. You can unsubscribe at any time. View our Terms of Use and Privacy Policy. Submitting your mobile number signs you up to receive recurring text messages. Reply "STOP" to unsubscribe at any time. Message & data rates may apply.
Join Propeller Premier to earn double points on every action you take and much more.
Keep #Propelling!
Take Action