The Drug Policy Alliance is the leading organization in the U.S. working to end the war on drugs, repair its harms, and build a non-punitive and equitable regulated drug market. We envision a world that embraces the full humanity of people who use drugs and where the regulation of drugs is grounded in science, compassion, health, equity, and human rights. We fight every day, in collaboration with other movements, and at every policy level –local, state, federal, and international –to change laws, advance justice, and save lives. 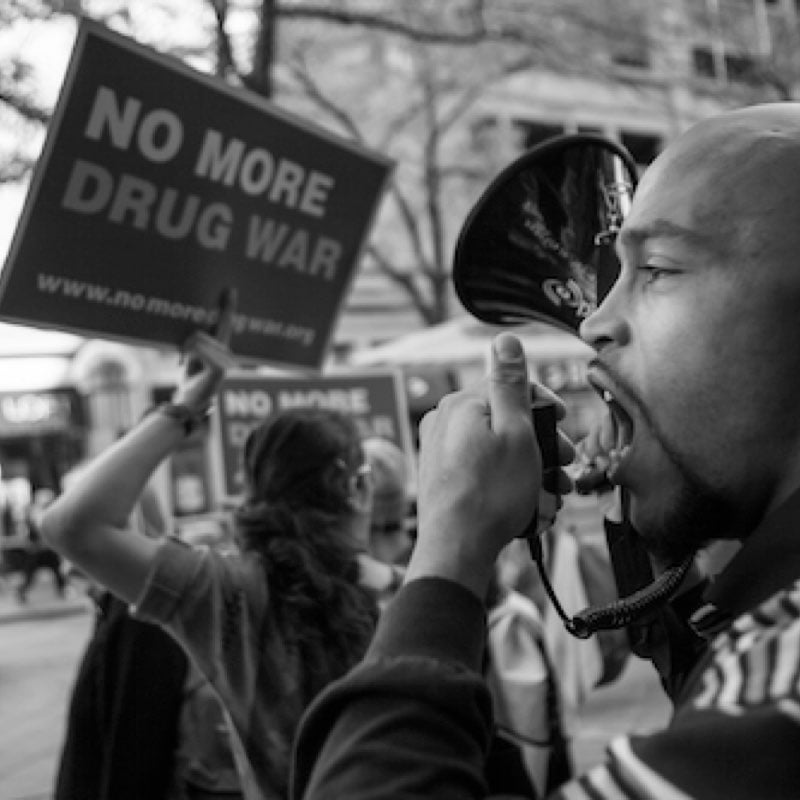 After 51 years since President Nixon declared the disastrous "war on drugs", most Americans agree it's been a failure. We're making historic headway to end it including the first-ever drug decriminalization bill introduced in Congress just a year ago.

Drug criminalization is driving the overdose crisis and has made drug possession the most arrested offense in the country – ruining countless lives and preventing us from helping people by treating drug use as the health issue it is. Don't let the drug war continue for another half a century: Sign the petition and urge Congress to take the first step by supporting the DPRA to decriminalize drugs nationwide.

June 17 was the 51st anniversary of President Nixon declaring a "war on drugs" and the 1st anniversary of the introduction of the Drug Policy Reform Act which would decriminalize drugs at the federal level and invest in health services. I hope you will co-sponsor this important bill immediately.

Five decades and hundreds of billions of dollars later, the drug war has not prevented the use, sales, or accessibility of drugs. Rather, the drug war has only fueled mass incarceration, exacerbated the overdose crisis, and devastated lives, families, and communities across the U.S, disproportionately affecting Black people and people of color.

It's time for a new approach. The Drug Policy Reform Act (H.R. 4020) would end criminal penalties for drug possession at the federal level, shift the regulatory authority from the Attorney General to the Secretary of Health and Human Services (HHS), expunge records and provide for resentencing, and invest in alternative health-centered approaches. The bill also eliminates many of the life-long consequences associated with drug arrests and convictions, including the denial of employment, public benefits, drivers' licenses, and voting rights.

The drug war has failed. Polling shows that Americans like me agree and support decriminalizing drugs and reinvesting resources into health services instead. After decades of harm from the failed drug war, I hope you will listen to your constituents like me by supporting federal drug decriminalization and co-sponsoring the Drug Policy Reform Act. Thank you.