Winner Recap: Meet ODESZA at Bonnaroo as a VIP 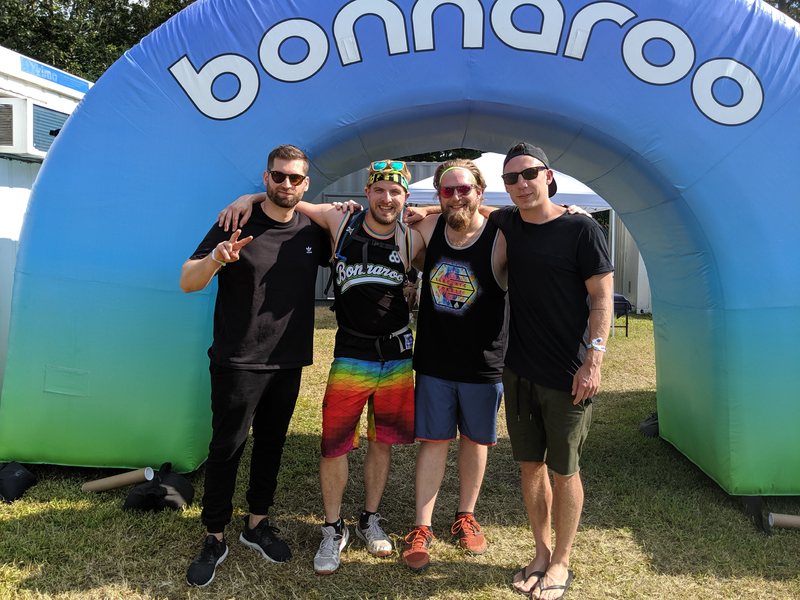 Jason from Wisconsin won a trip to the 2019 Bonnaroo Music & Arts Festival in Manchester, TN and met ODESZA!

After the experience, Propeller caught up with Jason to learn about his trip. Here's what he had to say about it...

Jason: I think I found out about Propeller from a random giveaway that I wanted to enter. That was probably 3 years ago or so and I have been constantly checking back for new giveaways and causes ever since. I have followed causes on social media, watched videos, signed petitions, and registered to vote...pretty much every possible way to earn points I have done. It had been paying off, but never expected something this awesome.

Propeller: What was the highlight of your time at Bonnaroo?

Jason: It's a close call between Odesza and Childish Gambino. They both were so amazing. Also just seeing so many people show up for Odesza's set made me so happy.

Propeller: Did you meet ODESZA? How was this experience?

Jason: We did get to meet them, and it was an amazing experience. Harrison and Clay were so great, and I can't wait to see them again even if it is from afar.

Propeller: What was the best part of the trip?

Jason: Getting to go to Bonnaroo with my friends who were already going. Also another friend was able to go because I won this which was just the cherry on top. I don't know if I would have committted to Roo if I hadn't won this giveaway, but now I feel like I have to go back.

Propeller: Which nonprofits at Propeller are most important to you and why?

Jason: A big shoutout to Headcount who I think is really important and helped make this happen. As shown by recent results, not enough people vote to best represent the general views of the nation. We need to get out and speak up for what we believe in. Also Change Direction is doing good work in changing views on mental health and making sure people who need help aren't seen as less than.

Thanks to everyone who took part in the campaign! We'll see you next year...

Propeller exists to inspire activism and build movements for change. Join us.