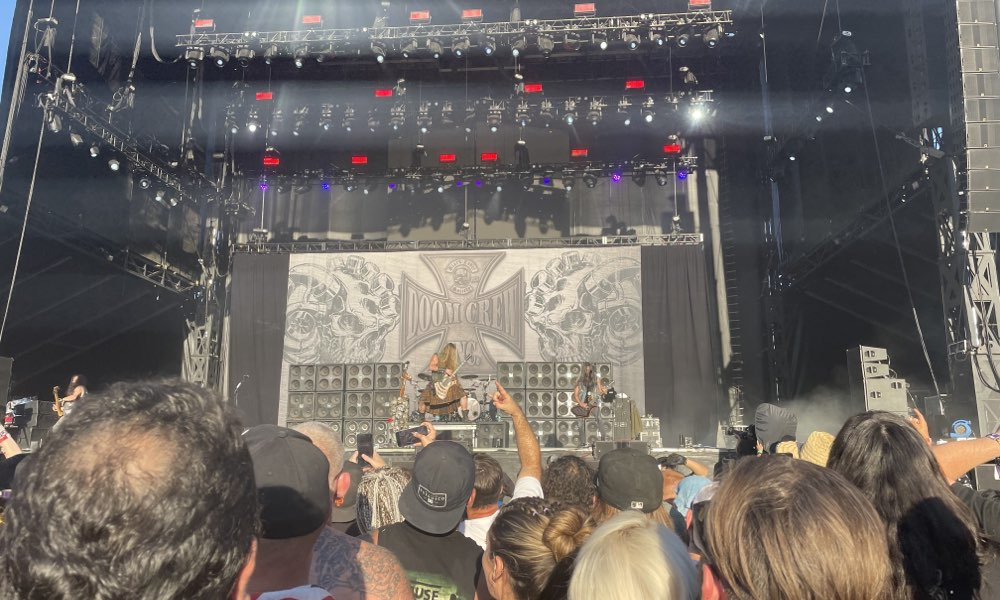 Elizabeth P. from California was the winner of the Propeller experience to "Win a VIP trip to Aftershock 2022" that took place in October 2022. Below are some highlights from the experience. And you can check out this video!

It was an amazing weekend!

My sister and I checked in at the hotel around 3 and were greeted with glasses of champagne. We unpacked and steamed our ca. 54 outfits, then headed over to the festival grounds, just in time to catch the end of Alexisonfire's set - which ruled!

Then we headed to Rob Zombie's show, where we fielded a ton of calls from our mom. I muted my phone and sent her some footage of Slipknot's act, and that seemed to convince her that I was busy. Once we'd thrown the old lady off our trails, we hotfooted it back to the room where we attempted to brew up some hearty Cheetos Mac n cheese in the ice bucket. Don't attempt this; the results are a culinary abortion; just DoorDash some quesadillas instead - lesson learned!

On Friday we rolled up to the show and decided to pop out some pull-ups at the Marine recruiting booth right inside the gate. I won a very slinky shirt for my 8 sloppy reps, so I have that going for me, which is nice!

We saw Jeris Johnson, Chevelle, Lamb of God, Danzig, and KISS - it was magical; we rocked out to absolute legends! I would never have imagined that I'd get to see Gene Simmons himself, slobbering all over the microphone.

Saturday morning we got up early and nursed our cute little hangovers with Irish coffee and saltwater taffy, then we headed back to Aftershock and saw Yungblud perform. We inadvertently became a part of the mosh pit wall; a beast was unlocked and after a quick palate cleanser of Halestorm and water - we ventured forth into the Papa Roach mosh pit for more of a beatdown.

My newfound love for moshing was no match for even the pre show tuning; the crowd moved like an ocean, and I was sure I would be swept under. We moved to the back and watched the show from there, before heading to the MCR show that my baby sister had been pining for. I'd never listened to them much, but they were good and it was nice to see how happy and nostalgic my sister was!

Sunday morning, we ordered a massage therapist to the room, in order to prep for another full day of moshing. He addressed some sore spots and told us to stretch more, we lied and said we would and then had dim sum for breakfast.

We headed straight to the DW presents stage to see Bloodywood; they're honestly the band I was most excited about seeing this weekend, and they didn't disappoint!

We decided to see what Bandmaid was all about; baby metal sounds fun as hell, right?
- "where should we stand? Out here in the back, or up front with the Weeaboos?"
- "up front with the weeaboos - duh!" Was her response.

This was our fatal flaw; judging on appearances, the front rows were indeed not filled with weeaboos, but rather what appeared to be a sordid variety of rapists and pedophiles. One polyester-clad gentleman asked to film us for his "channel."

We left once we realized he was only filming us from behind, and was keeping people away from us in order to have a better view

We ran to the Interrupters' show, and despite the warnings of "you don't want to go in there; you don't know what you're getting into!" And "turn back now!" We made it to the pit.  As grown shirtless men began to slam into each other with considerable speed; we immediately felt 10x safer than we had at the previous stage.

We kept the party going at the Black Label Society show where a nice young man offered my boring sister a ride on his shoulders (which she foolishly turned down), then Shinedown, then Muse - they put on such a good flipping show - I can't believe I actually got to see them live; I listened to them A LOT when I was a preteen, so the nostalgia was running hot and heavy, I tell you.

Highlight; a cool girl from the mosh pit recognized me and punched me in the arm when she spotted me by the Jack Daniel's trailer; we're basically married now. 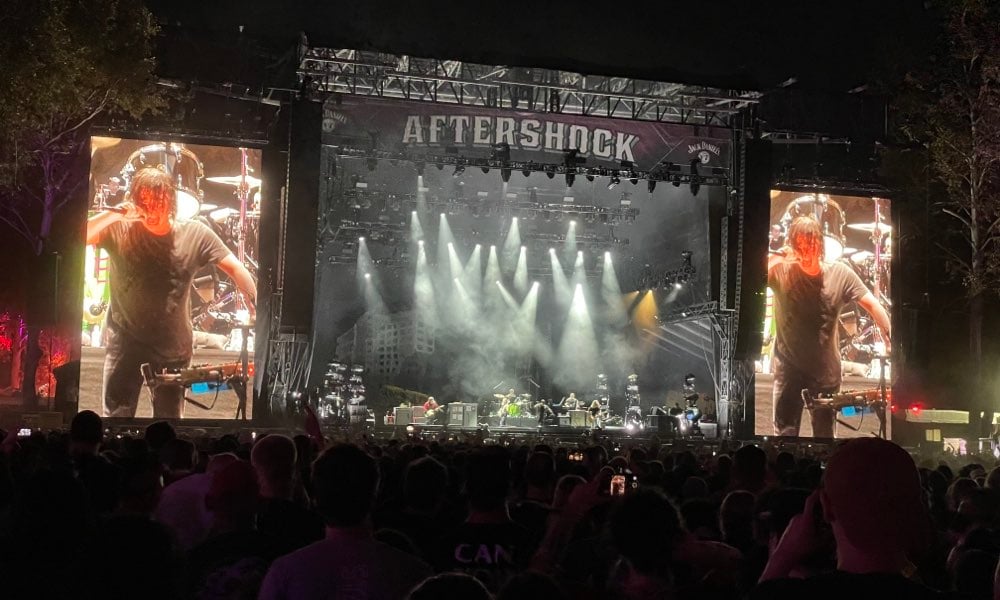 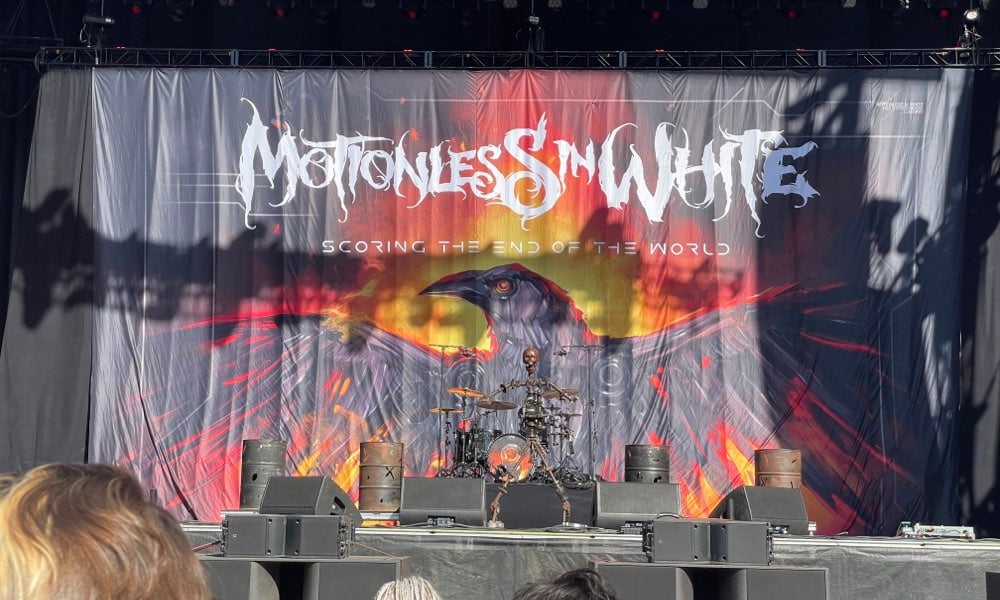