Explore the Life and Legacy of Alan Watts in Northern California

Support Alan Watts Organization &
YOU AND A FRIEND COULD:

Select an action below to enter: 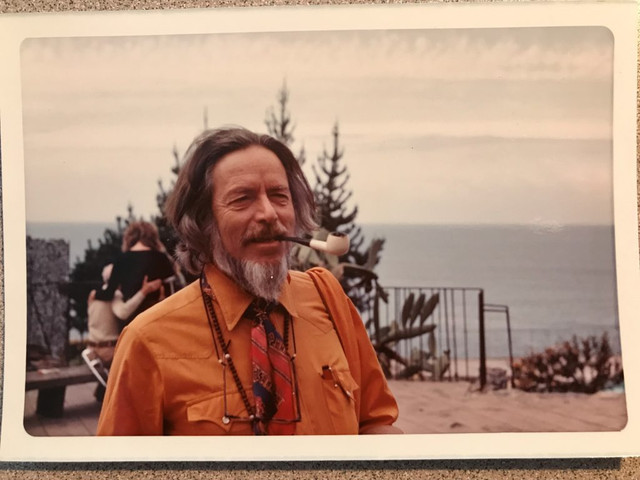 This is your chance to get an exclusive behind the scenes glimpse into the life and legacy of Alan Watts in Northern California.

We'll fly you and a friend to San Francisco where your adventure will begin by meeting Mark Watts (Alan's son) by the legendary Trident restaurant. Mark will be your tour guide for the day as you explore the Sausalito waterfronts and other haunts where Alan Watts and friends spent time in the sixties.

From there, you'll take a trip up and over Mt. Tamalpais, where Alan wrote his Cloud-Hidden Journals in the early seventies, and then on out to the Pt. Reyes National Seashore and the Watts Center property.

There you'll spend some time with the tape and print archives, play a few tapes on Alan's vintage Nagra tape deck, and then take a sunset walk overlooking the gorgeous Pt. Reyes peninsula.

You'll end the day with dinner at the Saltwater Cafe, enjoying great local cuisine and conversation about Alan's philosophy an contemporary culture.

Flights and accommodations will be provided.

Complete any action now for your chance to enter. Then continue completing actions to support the Alan Watts Organization to earn points and redeem them to increase your chances of winning. Every 5 points may be redeemed for 1 entry. 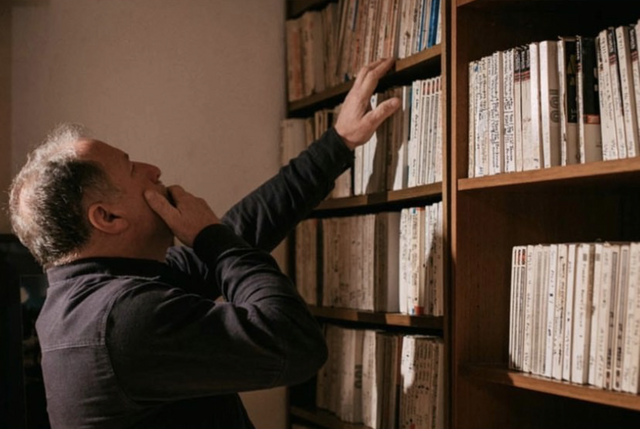 Through this campaign The Alan Watts Organization is seeking to raise funds to support production efforts to release rarely-heard Alan Watts talks from the archives.

This new channel will feature a playlist of Alan Watts web videos, classic radio shows and a rich variety of other original recordings.

With your help, we hope to release 200 rare talks over the next year.

Supporters will receive a year's full access to the archive and will be the first to hear the fresh talks.

Additionally, all participants will receive a free download of the Boreta x Alan Watts 'Listen, Dream' guided meditation. Thank you for your support and interest. Who is Alan Watts?

A prolific author and speaker, Alan Watts was one of the first to interpret Eastern wisdom for a Western audience. Born outside London in 1915, he discovered the nearby Buddhist Lodge at a young age. After moving to the United States in 1938, Alan became an Episcopal priest for a time, and then relocated to Millbrook, New York, where he wrote his pivotal book The Wisdom of Insecurity: A Message for an Age of Anxiety. In 1951 he moved to San Francisco where he began teaching Buddhist studies, and in 1956 began his popular radio show, "Way Beyond the West." By the early sixties, Alan's radio talks aired nationally and the counterculture movement adopted him as a spiritual spokesperson. He wrote and traveled regularly until his passing in 1973. "Perhaps the foremost interpreter of Eastern disciplines for the contemporary West, Alan Watts had the rare gift of 'writing beautifully the un-writable'. Watts begins with scholarship and intellect and proceeds with art and eloquence to the frontiers of the spirit. A fascinating entry into the deepest ways of knowing." — LA Times

Deadline to enter: 11:59:59 PM PT, August 25, 2020
Sweepstakes drawing date: August 26, 2020
Date(s) of actual experience: Fall 2020. Exact dates will be determined between the winner and Alan Watts Org.
Selection Process: Grand Prize winner is selected using a computer generated selection method to ensure that each drawing is conducted completely at random. We will notify the winner via email and phone. The selected winner will have 24 hours to respond before a new winner is randomly selected.
Number of winners: 1 + guest
Eligibility: You must be 18 years old or older to win.
Approximate Retail Value: $3,000 USD
Disclosure: Promotion is subject to Official Rules & Terms of Use. Propeller may share your information with the prize providers and artist partners associated with this experience. Void where prohibited.